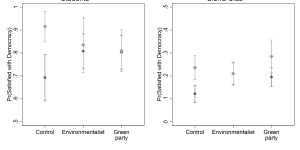 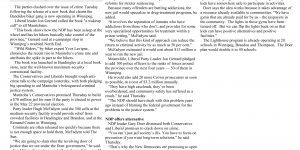 I was a co-investigator on the Making Electoral Democracy Work project. Our UBC work involved experiments where subjects saw articles describing an election campaign in another province. The experimental conditions were different numbers of parties and parties with different degrees of policy extremity. We produced several research papers.